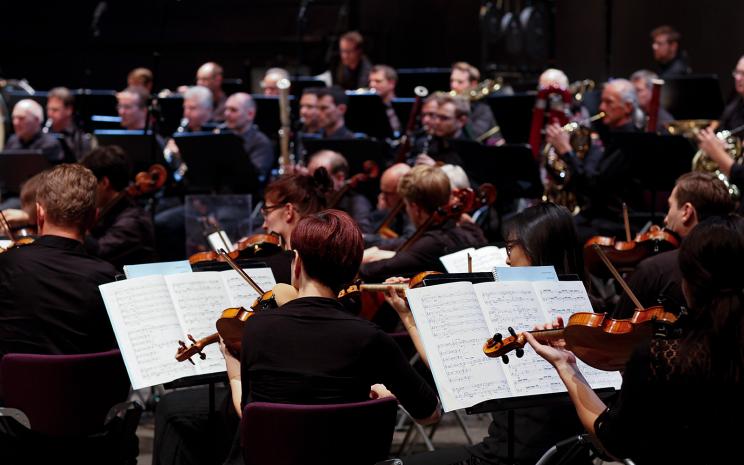 Hardly any composer in the history of music – as we wrote in one of our texts at the beginning of this “Beethoven Year” – has left behind a trail of blood and a comet tail in the sky of composition like him. Again and again, composers have dared to “slave away at” Beethoven. This year’s Vienna RSO concert at musikprotokoll shows this as if with a bracket: the concert opens with a brief, almost fanfare-like, and somehow tongue-in-cheek homage to Beethoven by the Finnish composer Kaija Saariaho. It concludes eye to eye from man to man: the Austria-based composer George E. Lopez, who has never been averse to large orchestras, works his way through Beethoven’s Bagatelles with the assistance of the orchestra. At the central point of the concert there is a premiere. Composer Philipp Maintz (*1977) has created a new version of his concert for piano and orchestra for the Finnish-born, Vienna-based pianist Joonas Ahonen. With this program, Marin Alsop, the chief conductor of the Vienna RSO, gives her first guest performance in Graz as part of musikprotokoll.