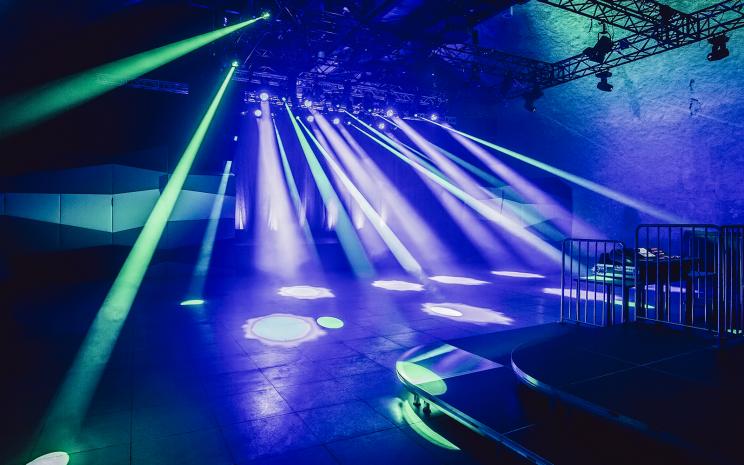 With Noise Shaping, Thomas Grill provides an insight into the Rotting Sounds research project, which deals with the transience of digital sound in a social, technological, and temporal context. One central research topic is the representation of sound as a 1-bit data stream, which spans a bridge between digital and analog signals. The term noise shaping stands for the voluminous background noise that is used as a carrier for the sounds concealed in it.

In her piece, the Iran-born artist Rojin Sharafi, who has been living in Austria for some years now, deals with “cultural hegemony, cultural hybridity, and cultural survival” – those voices that are deliberately suppressed in the struggle for cultural dominance.

The fifty-channel ambisonic sound system of Dom im Berg, for which the three works were commissioned, makes for an immersive sonic experience.

In cooperation with SHAPE – Sound, Heterogeneous Art and Performance in Europe. Supported by the Creative Europe program of the European Union. The composition Noise Shaping was created as part of the research project rotting sounds (FWF AR445-G24). Aloïs Yang and Rojin Sharafi are SHAPE Artists 2020. Andreas Trobollowitsch was a SHAPE Artist 2017.