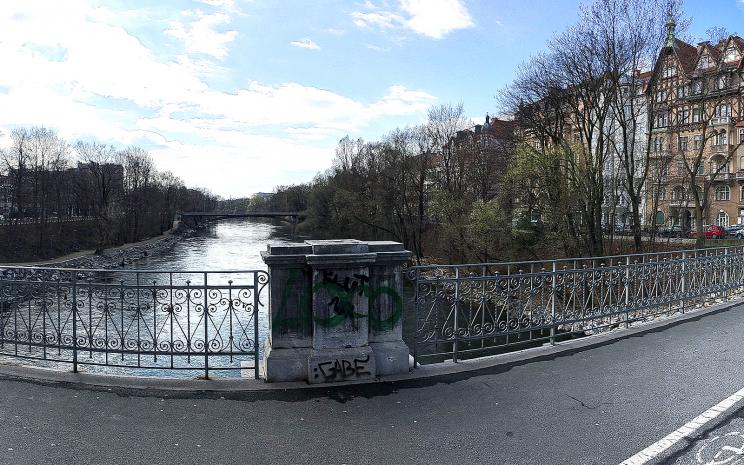 The new city balcony on the bank of the Mur near Radetzkybrücke becomes a stage: Josef Klammer and Seppo Gründler conceived a performance with sound, light, and text for this location. The artistic bridging of the Mur is also reflected in the name of the project, at.mur.at. The riverbanks are projection surfaces; various urban spaces are linked with one another visually and acoustically. The libretto comes from Volha Hapeyeva, Graz’s Writer in Residence in 2019/2020, and is interpreted by actor Ninja Reichert. With his “visual piano”, media artist Kurt Laurenz Theinert adds live abstract light spaces.

Klammer and Gründler have been working with site-specific sounds and electronics in a live context since the 1980s. In their artistic practice, they also discover hidden sound treasures – be it the vanishing noises of iron mining in the town of Eisenerz or the background noises that arise in analogue and digital music production. For at.mur.at, they have also ferreted out “hidden sounds”. Latently audible material is used in a productive way.

To the artists, it is also important to bridge the Mur as a sociocultural threshold within the city. at.mur.at addresses and breaks down boundaries between stage and stands, between right and left, and between east and west. The audience is also called upon and asked to disseminate sound and light with the aid of the “second screen” function of their smartphones. at.mur.at thus becomes a spectacle on the water and in the open air that connects cultural spaces in Graz.

A production of Art in Public Space (KIÖR) in cooperation with ORF musikprotokoll.