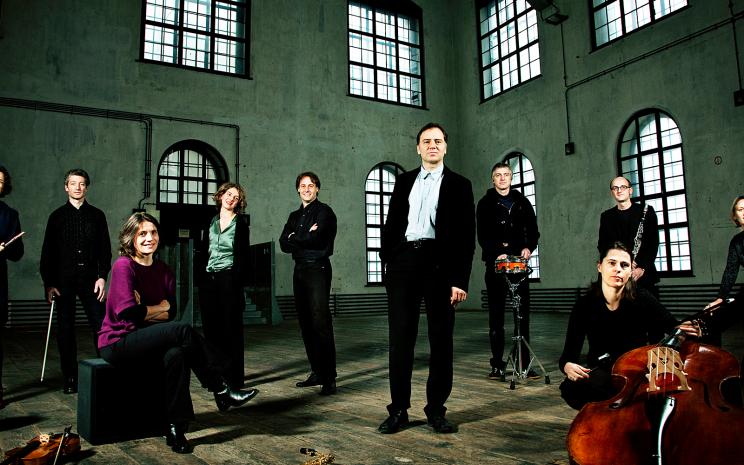 Appearing for the first time at musikprotokoll, the acclaimed Ensemble PHACE journeys into a precious world of poetry with an exquisite selection of New Music.

An orchestra whose form is constantly changing, maturing as it passes through the various stages: the name of the Ensemble PHACE sets the pace for the programme at their 2017 musikprotokoll début: from sensual to gestural, from playful to stringent, from Hannes Kerschbaumer and Pierre Jodlowski to Francesco Filidei and Christof Dienz.

The ensemble performs a premiere of Dienz based on writings of bestselling Austrian author Christoph Ransmayr. So what you’ll be hearing is new music by a composer who has so far in his artistic career been bassoonist at the Vienna State Opera orchestra and a member of the legendary world music formation “Die Knödel” who has also carried out productive experiments with the zither.

Salvatore Sciarrino once wrote: “It is not a matter of intellectual solutions but of opening up a precious and poetic world.” It was with these words that he described the world of sound of composer Francesco Filidei born in 1973. His gestural, poetic music is also among the four very different contemporary positions assumed by the Ensemble PHACE at musikprotokoll.