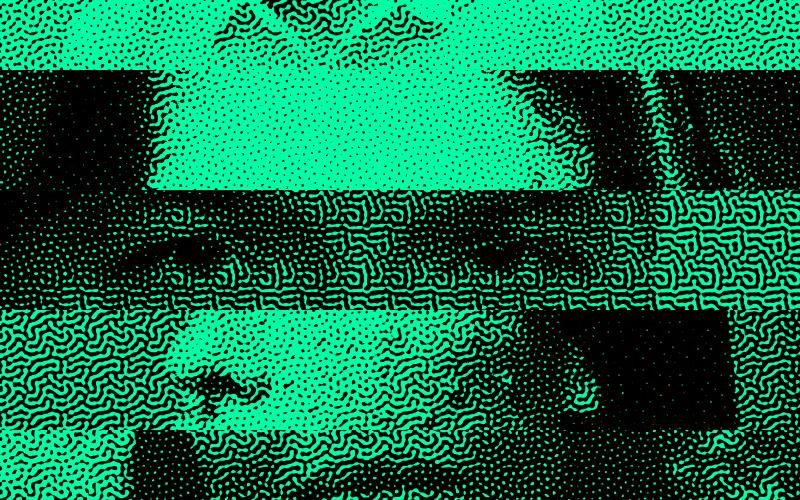 A 7-year initiative co-funded by the Creative Europe programme of the European Union, the SHAPE project reunites 16 European non-profit organizations active within the ICAS – International Cities of Advanced Sound network to create a platform that aims to support, promote, and exchange innovative and aspiring emergent musicians and interdisciplinary artists with an interest in sound.

SHAPE stands for “Sound, Heterogeneous Art and Performance in Europe”.

SHAPE annually chooses 48 musicians and artists to participate in a mix of live performances, residencies, workshops and talks across member festivals and special events.

Terraforma is an international music festival dedicated to artistic experimentation and sustainability. The three-day event takes place since 2014 in the garden of Villa Arconati, near Milan. The artists range from early innovators and genre precursors to young and promising talents of the experimental music scene, defined for an ever-evolving approach to active and creative research.

Choosing sustainability as the festival’s modus operandi, through the maintenance of Villa Arconati’s park, the aim is to discover new sustainable resources and to reduce the environmental impact.

Biennale Némo officially concludes its activities within SHAPE on November 30 2019. Organizers of Terraforma took part in creating the SHAPE artist roster of 2020.

Each year, the curatorial teams of all 16 SHAPE festivals and initiatives come together and choose 48 artists. The artist roster has been created disregarding divisions of genre, age or popularity. Rather, creative novelty and successful experimentation have served as core values, with additional emphasis on the inclusion of upcoming and underexposed artists as well as representing local scenes of involved festivals and art centers.

Since 2018, SHAPE’s artistic presentations will have a wider geographical reach – in addition to the SHAPE member festivals in 16 cities and 12 countries (see full list at the end of this document), associate partner events will be picked by each festival individually, covering European countries that are not represented among the 16 core member festivals. Each SHAPE festival will present at least one artist or musician at its associate partner event, thus solidifying a wider network within European adventurous music events and increasing the number of SHAPE showcases per year. In 2020, this dimension of SHAPE’s activities will aim at further geographic diversity.

The structure of SHAPE’s educational events has changed as well – open educational events will be organized for attendants of each SHAPE festival, while the educational activities for SHAPE artists have become centralized; one multi-part joint event will be organized annually to bring together the SHAPE artists of the respective year. In addition to engaging them with topical workshops or lectures, these occasions will serve as opportunities for them to network, exchange ideas and initiate collaborations. In 2020, the event will happen in Riga, Latvia, hosted by the Skaņu Mežs festival – it will also overlap with a meeting of SHAPE festivals, making it a unique opportunity for all SHAPE acts of 2020 to personally meet all SHAPE festival organizers.

The sixth year’s roster of SHAPE continues to demonstrate an eclecticism that is clearly an outcome of all the 16 diverse festivals selecting artists and projects together.

A deliberate desire to detect streams of fresh ideas and unexpected influences beyond genre categories has influenced the choices of SHAPE’s curators. Drawing on the knowledge of their respective scenes as well as the vast options provided by the artist submissions from the platform’s open call, each festival proposed acts that were subsequently subject to collective voting. Thus, even though the 48-artist list is a collective decision, artists from this roster can be traced back to festivals that initially proposed them for participation in SHAPE.

Coming from the scenic city of Tromsø, Insomnia festival nominated the Norwegian experimental vocalist and sound artist Elina Waage Mikalsen, techno producer and DJ Schacke, who initially rose to fame as a pioneer of the Copenhagen noise and industrial scene, and Stockholm’s Oli XL, producer, DJ, visual artist, and head of the W-I label.

RIAM festival from Marseille brought forward Moesha 13, who has prepared her new record in a residency in Uganda, soon to be released on Nyege Nyege Tapes, Spanish guitarist and composer Clara de Asís, whose work highlights simplicity, non-intervention and active listening, and forward-thinking dub music producer Jay Glass Dubs, whose album, Epitaph, has been named in The Wire magazine’s list of 50 best recordings of 2019.

Self-styled “simple music festival” schiev, nominated French, Belgium-based DJ and producer Christelle Gualdi a.k.a. Stellar OM Source, who had taken a break from her synthesizer-based hypnagogic project, and has returned with a new EP on Dekmantel. Clarinet player Ben Bertrand creates his warm, repetitive music by transforming the sound of his instrument via electronic means. Hailing from the North of the UK, Rian Treanor works in the intersection of club culture and experimental computer music, with releases on Planet Mu, The Death of Rave and Arcola.

Širom are an acoustic avant-garde folk band from Slovenia, but SONICA/MoTA – SHAPE’s members from Ljubljana – have also devoted two of their suggestions to showcasing the Serbian scene: Svetlana Maraš is a radiophonic and computer music composer, installation and sound artist from Belgrade, and Kӣr is the solo production pseudonym of Bane Jovančević, resident live artist and program manager of Belgrade’s club Drugstore.

Dresden-based CYNETART festival for computer-based art has nominated Romanian sound- and mixed media artist Simina Oprescu, who is interested in “the ability of sound to radically change the understanding of the image”, sound and visual artist and experimental musician Aloïs Yang whose work places human involvement at the centre, and Mexican-born, Berlin-based sound researcher Hugo Esquinca who, with his sound art work, aims to “expand within and beyond audibility”.

UH Fest has also opted to devote all three of their nominations to continue their SHAPE –based exploration of their local scene in Hungary. This year, the city’s current sound is exemplified by experimental pop duo MA’IWA (vocalist MA'AM and producer AIWA), genre-wise borderless laptop music producer Fausto Mercier, and rock-leaning group improvisation band Dorota.

Austria’s musikprotokoll proposes electronic music composer and installation artist Peter Kutin who aims to create work that “throws you as much off balance as it embraces you”, cinema, theatre and literature-inspired composer and sound artist Rojin Sharafi, whose debut album Urns Waiting to be Fed has been published by the Sote-curated Opal Tapes sublabel Zabte Sote, and drummer and composer Richard Eigner, who, in his music, crosses “the borders of “experimental acoustic music”, “minimalism” and “electronica”".

Bucharest’s Rokolectiv festival brings its unique idea of a party to SHAPE via young Brazil-born (now London/Amsterdam-based) DJ and producer LYZZA, who combines her roots through baile funk mixed with her taste of bass heavy club music, and object blue with her digital deconstruction of all things rave. Artist, musician and filmmaker Lawrence Lek is preoccupied with the fields of virtual reality and simulation and often scores his own visual works.

Finally, Les Siestes électroniques, which holds editions both in Toulouse and Paris, has brought these artists to the attention of SHAPE: producer Sacrifice Seul, who describes his musical world as “a techno garage born in a wet cave”; future-facing pop music producer and vocalist Céline Gillain; hurdy-gurdy player Yann Gourdon, whose work is focused on sound phenomena that arises from contact with the environment, as well as an interest to play traditional music from Auvergne.

Check the list of artists at the end of this article to preview their works, and don't forget to keep visiting our homepage - we'll be introducing all SHAPE artists with interviews in our "Artist of the week" section!

First activities of the sixth year

The platform will kick it off with artistic presentations and public talks at Berlin’s CTM 2020 – Liminal (24 January – 2 February). The first confirmed SHAPE acts of this event are Afrodeutsche, Aquarian, Moesha 13, VTSS, Frédéric Gies, Virgen María and xin as well as several alumni of SHAPE: Zamilska, Giant Swan, Hildur Guðnadóttir, Nene H and Lyra Pramuk. More will be announced soon.

In 2020, one can also expect a large SHAPE showcase outside of Europe in the tradition of SHAPE’s previous activities at Canada’s MUTEK, Brazil’s Novas Frequências, Uganda’s Nyege Nyege or Russia’s GAMMA.

Co-funded by the Creative Europe programme of the European Union.