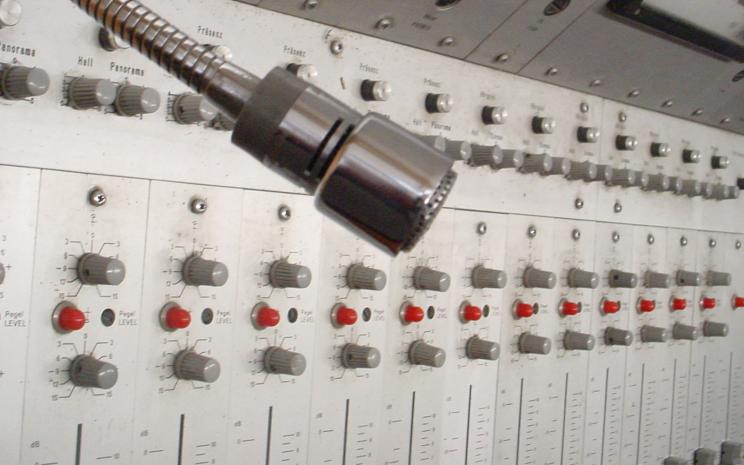 Vintage Concerts - The Institute of Electronic Music and Acoustics IEM celebrates its fiftieth anniversary with tape-recorded music and sound transducers with pure music on the Schloßberg.

Graz in 1965 – a city embarking on new departures in music. One of Europe’s first jazz institutes was founded at the Academy of Music and Performing Arts, as it was known back then. The same year saw the foundation of the Institute of Electronic Music and Acoustics, IEM for short, as part of today’s University of Music and Performing Arts Graz.
For five decades, the IEM – engaging in an exchange with affiliated institutions the world over in terms of its staff and artistic undertakings – was and continues to be a fascinating laboratory at the cross- and interdisciplinary intersections of art and science, technology and musical practice, electronic music, acoustics, audio engineering, sound, and media art. The IEM celebrates its anniversary in the Schloßberg Kasematten with a series of “Vintage Concerts” and a vast line-up of speakers and vintage electronics.

Legendary and extremely rare electroacoustic pieces from the 1970s to 1990s will be performed true to the original works with the aid of legacy equipment and prominent performers from back in the day. The historical performance practice with tape machines, electronics and absolute pure music with multichannel loudspeaker systems as a sound machine. Or: “Back to the Future” with tape and synthesizer.

In cooperation with SHAPE – Sound, Heterogeneous Art and Performance in Europe. Assimilation Process, Pasajera Oscura, Ketev and Lorenzo Senni are SHAPE artists. Supported by the “Creative Europe” programme of the European Union.