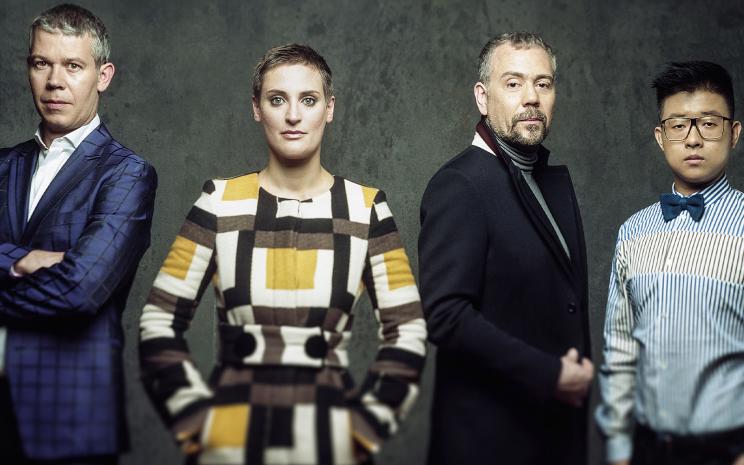 The string quartet as a seismograph of the contemporary: the renowned Quatuor Diotima celebrate their musikprotokoll début with no fewer than three concerts this year.

The instrumental and compositional fascination of Quatuor Diotima – aptly named after the wise woman said to have explained the merits of Platonic love to Socrates – ranges from George Onslow into the 21st century, with all manner of stopping points along the way.

This constellation of four strings was founded by graduates of the Conservatoire National Supérieur de Musique de Paris in 1996 and ranks among the most sought-after ensembles in Europe. Yun-Peng Zhao, Constance Ronzatti, Franck Chevalier and Pierre Morlet are renowned for working particularly closely with composers. The four musicians are famed for their intense, sensual, mellifluous and, at the same time, intelligent and precise interpretations of very new music.