The musikprotokoll at steirischer herbst has been acting as a laboratory and catalyst of contemporary musical art in Austria for more than forty years: A field for experiments in acoustic art and also a catapult into the international world of New Music. In addition to the piano project “Seven Last Words” and the international special performance project “Touch this Sound!”, 2009 also bills large-format concerts with the Vienna Radio Symphony Orchestra and premières of Olga Neuwirth and Bernhard Gander – a concert in which two young solo stars will also be performing: Antoine Tamestit, viola, and Marisol Montalvo, soprano. Klangforum Wien and ensemble recherche perform representative ensemble and chamber music, with premières of Rebecca Saunders and Johannes Maria Staud, among others. Soloist recitals by Uli Fussenegger, Franz Hautzinger and others explore subtle regions of sound and round off this year’s musikprotokoll mosaic of large form, intermedia experiments and precise chamber music. 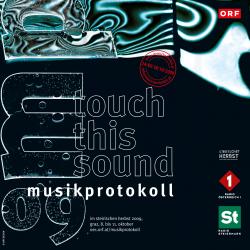