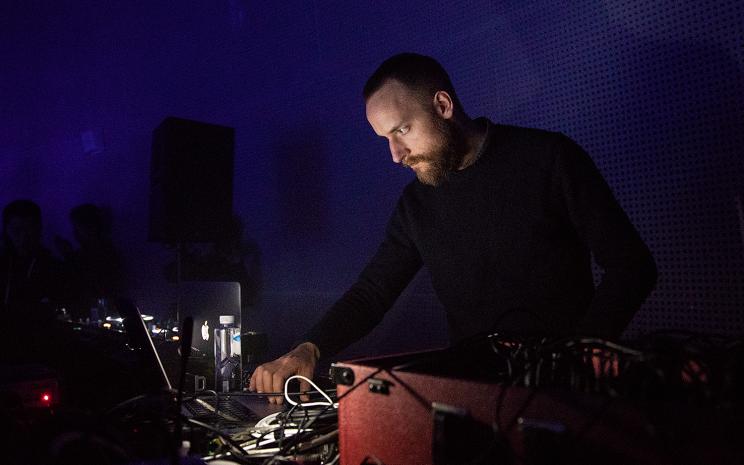 This work was imagined as a physical installation where the listener is able to move around and combine different sound sources and velocities within a space. I wanted to make something where layered generative patterns, which as a whole would be chaos, are interconnected and the webcam tracking system would allow the listener to choose those connections within this simulated space.

As the project is a simulated space I used nearly entirely physically modelled sounds, synthesised percussive sounds which act and sound similar to an acoustic instrument. It is made up of layers of generative rhythms, tuned in just intonation, which build over 8 minutes. There is a base layer and pitch which always runs to give a grounding, while the other layers are running on different tempos, calculated with the same ratios as the intervals between the pitches. This gives different degrees of rhythmic phasing, smaller ratios for simple intervals (for example 3:2 for a perfect 5th) create a simple polyrhythm, whereas less simple ratios give a sense of rhythmic dissonance where you might not be able to follow the structure of the pattern, but the sense that they are connected is still there. If all the parts were to play at once it would be indecipherable, however when the listener is able to combine these different combinations they are able to physically explore these varying superimposed velocities, and the patterns, simple and complex, that they create. 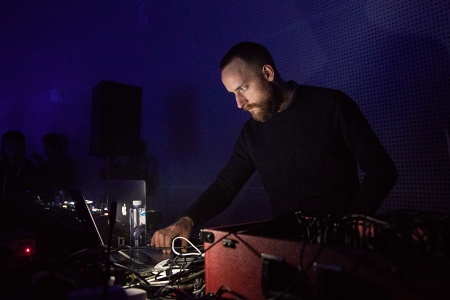 Cam Deas is a musician and sound artist based in London. His practice concerns abstract sound, polytempos, irregular tuning systems and stochastic and computer generative systems to create immersive environments of sound and music. He has presented his work internationally, performing around 300 live concerts. His work is not subject to straightforward categorisation, with output ranging from solo acoustic guitar exploration through live electro-acoustic performance, to pure synthesis and computer generative music. In 2018 he released Time Exercises on The Death of Rave, consisting of five works for synthesiser and computer, his first release of purely electronic work. The pieces explore polytempos and relative ratios between pitch and rhythm in a dense electronic space, described as “disembodied music playing out a thrilling dramaturgy and syntax of alien dissonance and disorienting rhythmic resolution”.