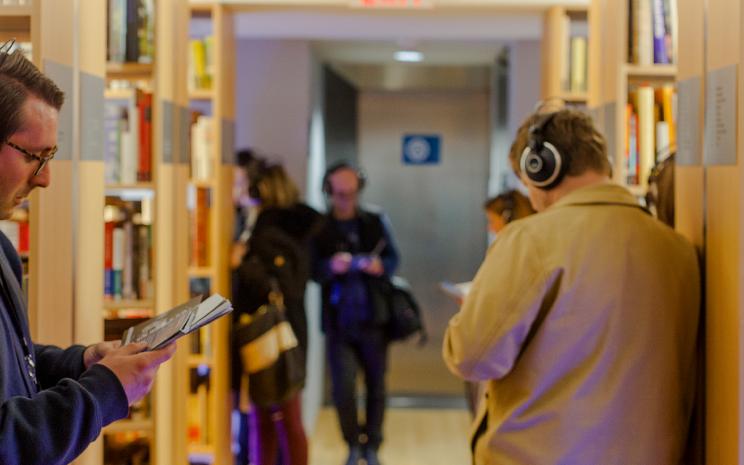 With affectionate homages in an ingenious acoustic exhibition at the Stadtwerke-Haus (Holding Graz), Akademie Graz and designforum Steiermark, Austrian composers dedicate themselves to the city of New York and its famous figures.

When Peter Herbert makes musical reference to Charles Mingus and, in the same context, Peter Ablinger to Morton Feldman, the focus musically is on historical modernism and how it is handled. The historical modernism of the city of Graz is woven into these transatlantic tributes: musikprotokoll is presenting these homages in the Stadtwerke-Haus of all places – a house built by Rambald von Steinbüchel-Rheinwall in 1931, the only building in the centre of Graz that was ever built in the modernist style of that time. Its sensational staircase and its architectural neighbours – Akademie Graz and designforum Steiermark – are the venues for the homages to New York in Graz, that visitors will be able to experience through headphones in an ingenious acoustic exhibition.