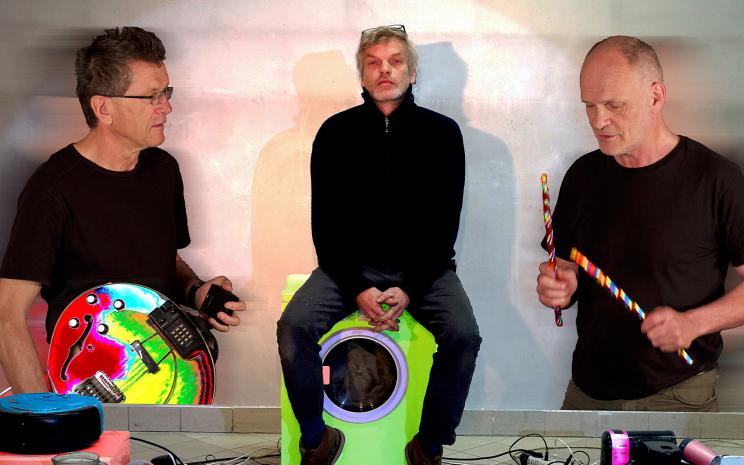 Klammer&Gründler have always had their fingers on the pulse of time: following their projects “Razionalnik”, that explored the musical potency of data networks thirty years ago, and “RGB”, that dealt with the subject of synchronisation at musikprotokoll twenty years back, the two musicians are now looking into the question of what the Internet of things sounds like in “The Sound of the Internet of Things”, exploring the space of autonomous, networked machines with musical means. Not only do they share the stage with constructed sound robots but also with ready-mades from the Internet of Things and hacked gadgets. The audience’s smartphones can also play a role. Siri and Echo go without saying. They are joined by Stefan Doepner from cirkulacija2 from Ljubljana, the perfect complement for the duo with his emphasis on technology-based art, robotics and sound. Music always remains the focal point, however.

Go back
Fotos
The Sound of the Internet of Things