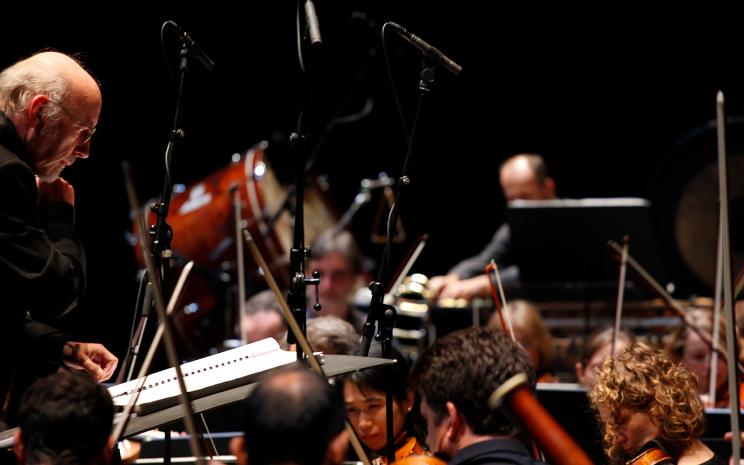 It is and has always been an artistic and a politico-cultural statement: the ORF Vienna Radio Symphony Orchestra is set to perform together with Klangforum Wien, as they did for the first time at musikprotokoll in 2014. The piece was furnished by Georg Friedrich Haas, who conceived a concerto grosso for chamber ensemble and orchestra. The idea is to combine the big orchestral sense of sound with the subtleties of an ensemble- style collective of soloists, creating a new kind of musical genre that is as contemporary as it is luxurious. The orchestra as an essential body of sound over the past 250 years of European music has regularly been an artistic partner to instrumental soloists in the concert genre — from Vivaldi to Rihm, so to speak. The ensemble as a vehicle of contemporary music, on the other hand, only came into being in the form familiar to us today in the latter half of the 20th century as a collective of soloists. Klangforum Wien and the ORF Vienna Radio Symphony Orchestra now perform together, embarking on new avenues in music. Following performances of pieces by Georg Friedrich Haas, Zeynep Gedizlioğlu and Vito Zuraj, 2018 sees one composition for orchestra and ensemble by Bernd Richard Deutsch.

The composition commission by Bernd Richard Deutsch was financed by the Ernst von Siemens Music Foundation.
*The work of Marko Nikodjevic can unfortunately not be performed, a replacement program will be announced shortly.