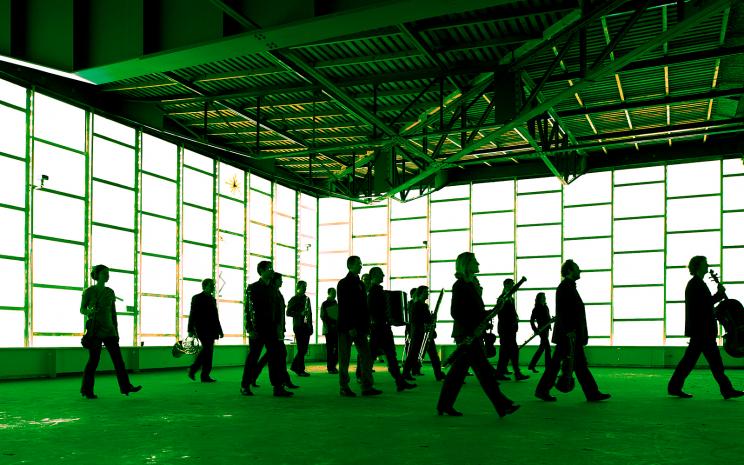 Klangforum Wien invites you to a musical journey, Houses, a premiere by the young American composer Jeff Weston. A scholarship holder of the Ernst Krenek Foundation, Weston recently wrote a composition in which he mingles his childhood memories of the cornfields of Iowa with the new impressions of Krems’s vineyards, allowing the listener to reinterpret the Danube as the Mississippi. The dual constellation of the piece in the middle of the concert makes for something of a picture puzzle. The following piece for electric guitar and accordion is by the composer Chaya Czernowin, who wrote her first commissioned work, after studying composition, for musikprotokoll in 1996. This is followed by a solo piece for viola, a composition by Fred Frith performed for the first time in Austria by Klangforum violist Dimitrios Polisoidis. Friedrich Cerha, a composer and conductor who took part in the very first editions of musikprotokoll more than fifty years ago, is now appearing once again at the 51st installment of the festival, with Klangforum Wien set to perform his new piece Kurzzeit (Short time). It turns out the composition is actually not that short and concludes this set of extremely diverse new music after just under a quarter of an hour.

The artist talk/main lecture with Chaya Czernowin takes place in cooperation with the artistic research festival ARTikulationen (4.–6.10.) organized by the University of Music and Performing Arts Graz.