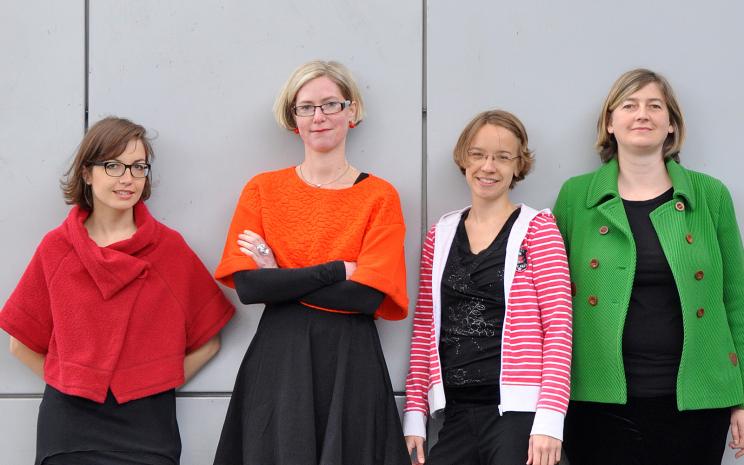 True to their name, this is an airy little ensemble with big sound: four transverse flutes and ten recorders — from sopranino to contrabass recorder — are among their instruments, along with a harpsichord, other keyboards, and a harp. This extremely unusual lineup gives the musicians a vast breadth of possibilities in terms of register, timbre potential, and volume range, as reflected by the word “extended” in the ensemble’s name. The fascinating repertoire of this quartet, that was founded in 2013, is gradually growing: owing to the aforementioned rare combination of instruments, it is primarily commissioned works and premieres that are characteristic of airborne extended’s concerts. For their relaxed afternoon concert at musikprotokoll, the musicians present no fewer than six premieres of the next generation — pieces by young composers created together with the ensemble in the context of their studies at the University of Music and Performing Arts Graz.

A production of Institute 1: Composition, Music Theory, Music History, and Conducting at the University of Music and Performing Arts Graz. In cooperation with ORF musikprotokoll. With the kind support of ISCM – International Society for Contemporary Music.