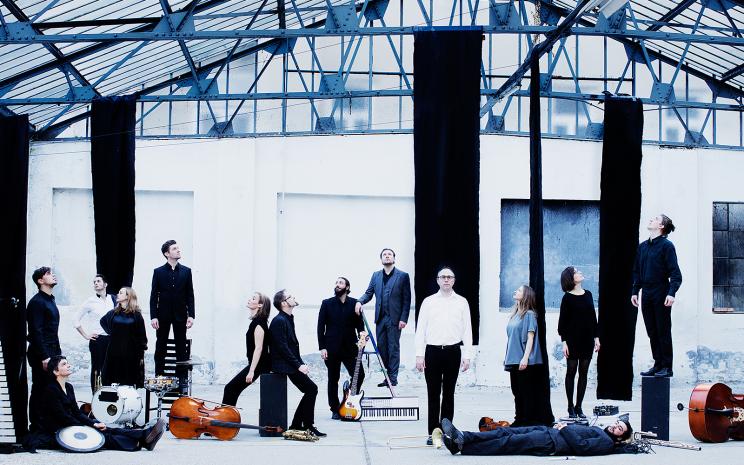 American trombonist and composer George Lewis, who is currently teaching at Columbia University in New York, could almost be referred to as a legend of avant-garde jazz. The Austrian Studio Dan ensemble joins the brilliant trombonist Matthias Muche to premiere a new piece by George Lewis at musikprotokoll.

Studio Dan was originally founded as a big band for the first festival of the JazzWerkstatt Wien initiative in 2005. Over the years, it became clear how tremendously flexible this collective is in terms of size and style, depending on which wavy borderlines of experimentation they happen to be operating along – between improvisation, composition, jazz or prog rock. This openness with regard to instruments and style is also the ideal precondition for the iridescent music of Oxana Omelchuk, who also appears with a premiere the same evening. The artist, who was born in Belarus in 1975, lives in Cologne and is currently preparing her portrait CD for the Edition Zeitgenössische Musik des Deutschen Musikrates, has received numerous prizes and grants since graduating and counts among the outstanding composers of her generation.