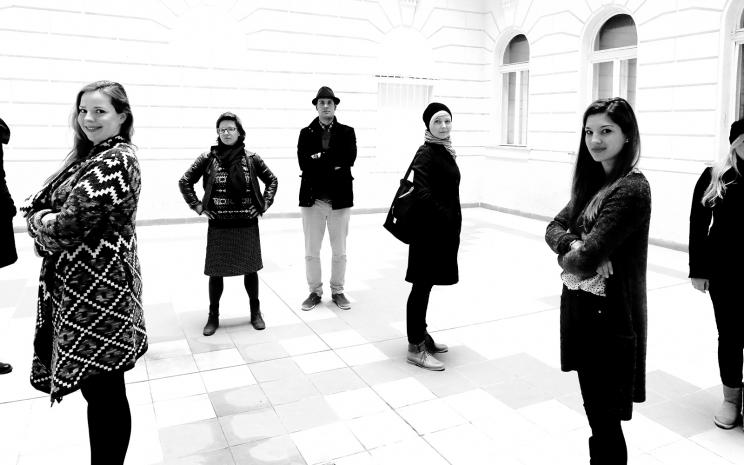 A nomadic life, a global one, are terms that can be ascribed to that sound phenomenon that answers to the name “microtonality”: a surprisingly cumbersome term for the fact that ultimately all music sounds microtonal in its details – from India to the Arab world, from Europe to the United States, from … to …. But yes, in precisely those decades in which compositions “with twelve tones which are related only to one another” were en vogue in Central Europe, other composers were searching for more than twelve. The “half tones” were divided still further – into third tones, fourth tones, and sixth tones.

One hotspot of this movement was Prague, especially with the composer Alois Hába. Beginning in the 1920s, Hába worked on microtonally tuned instruments, ultimately developing his fascinating sixth-tone harmonium to which the nomadic life of our musikprotokoll concert corresponds.

The compositions by Nina Fukuoka, Georg Friedrich Haas, and Anna-Louise Walton were commissioned by ORF musikprotokoll. Supported by the University of Music and Performing Arts Graz (KUG).