Venturing into the boundless expanse of conceivable universes of sound, ORF musikprotokoll explores as yet uncharted acoustic territories and life-forms. Parrots, for example. They are the receivers of the sounds created by the alien productions artist collective, in whose “metamusic” project they radically reconceive the relationship between art and nature: animals – not humans – have control of a sound sculpture at this year’s ORF musikptotokoll.

Nature and artefact. Human and object. Art and body. Matter and virtual reality. Universe and ephemera. Heaven and earth. musikprotokoll as a fourty-five-year history of liaisons dangereuses. A number of bold first encounters will be orchestrated in 2013 once again including electronic musician and producer Patrick Pulsinger with the Vienna Radio Symphony Orchestra: along with encounters in Graz of uncertain outcome, when the prize-winning work from the 5th Johann Joseph Fux opera composition competition premières in co-operation with the University of Music as part of musikprotokoll / extended on 12 October: “Asteroid 62” by Dimitri Kourliandskis, a theatrical composition revolving around the idea of metamorphosis.

The piece will be performed on the radio, on the Net and in the city of Graz: inside and out, up and down. Roaming the Schloßberg hill, exploring the tunnels below, with robots filling St. Andrä-Kirche with sound. Omnipresence of music. Multicontextuality of music. A theme which musikprotokoll explores together with the European festival network ECAS. But what exactly will happen in the spaceship of musical relationships remains to be seen. After all, contemporary art at musikprotokoll lives in dangerous liaisons.

Elke Tschaikner (A),  Susanna Niedermayr (A) and Christian Scheib (A) 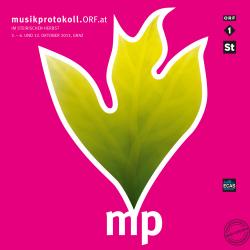