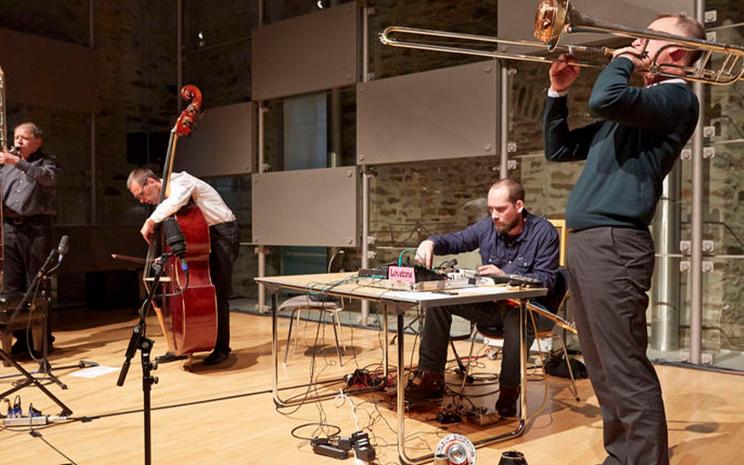 On the basis of “Improvisations” by Giacinto Scelsi, musician Uli Fussenegger examines the world of the Italian composer.

“Scelsi, c’est moi” was the headline of the Italian music magazine Il Giornale della Musica in 1989, one year after the death of Giacinto Scelsi. The composer Viero Tossati, who created notations for Scelsi in the last years of his life, claimed that Scelsi’s compositions were in fact his. This sparked off a dispute about originality and authorship that enlivened the music world. Scelsi, who was for a long time little known to the general public, soon became an idol among insiders. The Italian ensemble of Ennio Morricone, the Gruppo di Improvvisazione Nuova Consonanza, published an “Ommagio a Scelsi” as early as the 1970s. The members of the ensemble pondered the utopia of a spontaneous composition while engaged in experimental music making, paying tribute in their homage to the loner Scelsi and his musical output.

These two historical events are based on Giacinto Scelsi’s very special way of moving into and within a sound, a note, of phrasing and shaping it. Even today, the “Improvisations” that Scelsi recorded on the ondiola exert a hypnotic fascination. Uli Fussenegger heard these old tapes in the archives of the Fondazione Isabella Scelsi in Rome and began carefully and respectfully approaching Scelsi’s world. Together with his fellow musicians he now finds contemporary paths through this enchanted forest of monotonous polyphony and polyphonic monotony.