musikprotokoll, part of steirischer herbst, presents music by contemporaries for contemporaries and is for this very reason more than just a place to present music: musikprotokoll is contemporaneity and technology, it is music and ways of life. "living room – the social dimension of sound waves" is thus the subtitle this year. Unusual sounds in an unexpected context, at exclusive venues: in the Dom im Berg there is created an "alien city" made up of sound and image projections, a city whose temporary inhabitant the visitor is by virtue of his mere presence. In the "social dimension club" the heart-sounds of all (interactive) visitors (fitted with transmitters) are turned into an unrepeatable music of the moment, mixed with the traditional sounds of the piano, bass and drums. In the special project "subsonic", "sound" waves below the level of hearing still reach our bodies. Radiosymphonieorchester Wien, with their main conductor Dennis Russell Davies, presents a new generation of Austrian composers at the Stefaniensaal; the world’s best ensembles (Arditti Quartet, ensemble recherche, Klangforum Wien) will be playing music by the most uncompromising contemporary composers (some concerts will be in the beautiful Baroque hall of the Minoriten Culture Centre). In his 70-minute composition "in vain" Georg Friedrich Haas, together with Katja Krusche, takes up the age-old dream in the history of art of turning sound into light. 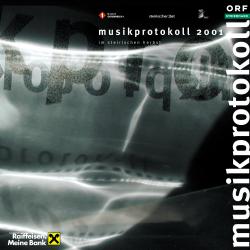