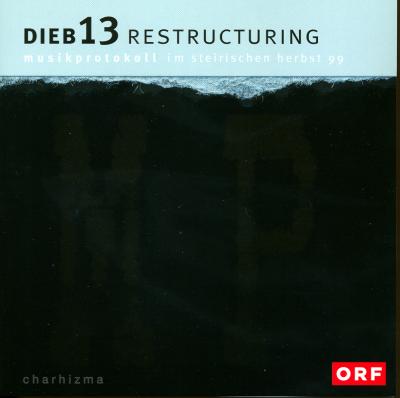 Three turntables, a pair of hands and an artistic goal of a sculpture of freely organized sound-waves - Edagr Varèse said son organisé - makes the music of turntable wizzard Dieb 13 ahighly concentrated restructuring of found sounds. The CD contains his live-performance at the festival Musikprotokoll 1999 as well as another "restructuring" of the music premiered at the same festival by orchestras and other soloists.