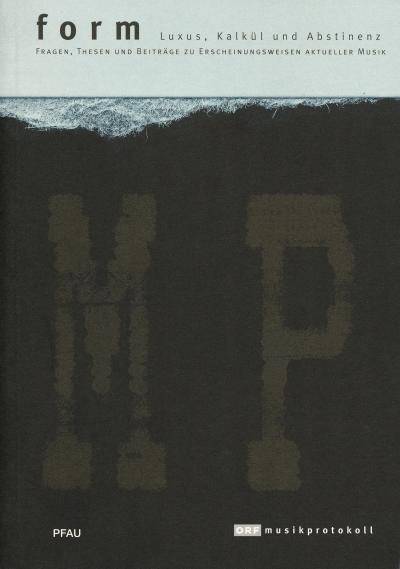 To be able to conceptualise the sound of Western art music, writings on music revolved for decades almost obsessively around form. From the early 19th century until well into the 1970s, it was on the level of compositional organisation that the search for musical identity took place. And then, it seemed, form became history.

Form no longer plays the role it used to play in aesthetic discussion and music theory. Today, its manifold aspects can be described with a great variety of terms, such as structure, development, process, flow, media, material, appearance, algorithm, grammar, dramaturgy. Revisiting the concept of form is aimed at blending the different perspectives in order to take a new approach to the discussion of such diverse musical genres as computer music, contemporary music, drum&bass/techno/ambient, sound art, Internet music, radio art, independent pop. This concept of form allows us to address aspects of production as well as aspects of perception.