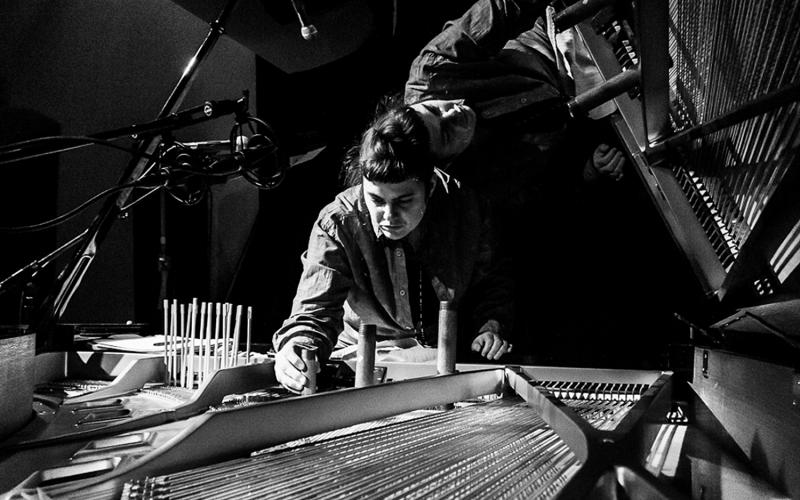 The pianist and vocalist Ingrid Schmoliner lives and works as a freelance musician, composer, curator and teacher in Vienna. Already before and during her classical studies at the Klagenfurt Conservatory, where she majored in piano, her music was characterised by her interest in improvised, experimental and contemporary music. Artistically she moves freely between the genres new music, experimental and improvised music, avant-garde, free jazz, folk fusion, and folk music. Schmoliner received the Starting Scholarship for Music from the Austrian Ministry of Art and Culture in 2011, the Promotion Prize for Music from the state of Carinthia in 2013 and a composition grant from the Austrian Chancellery for her song cycle to be given up in 2016. Since 2010 she has been the curator of New Adits, an annual festival for contemporary music and art forms she initiated in Klagenfurt.