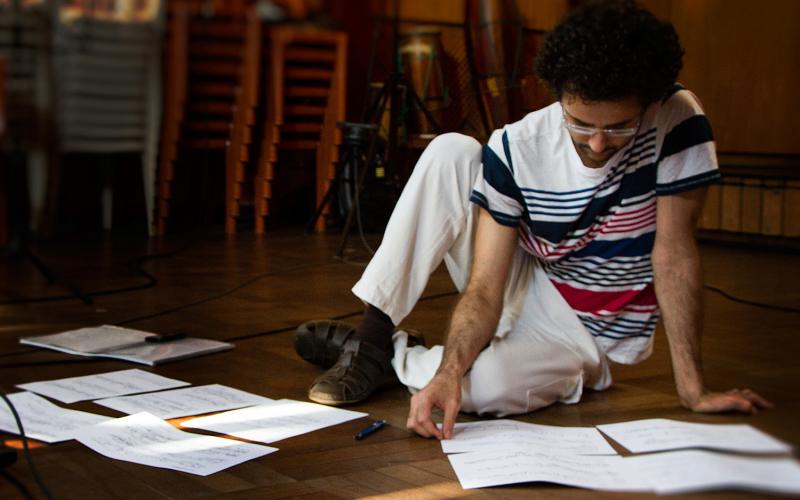 Nassif (*1984, Brasilia) is a composer and pianist and curates and organises concerts. He studied composition and took private lessons in Alexander Technique and musical phenomenology. In 2015 he moved to Graz where he works as a freelance composer and teaches composition, piano and Tibetan yoga. He has received various composition awards and commissions, for instance a grant from the Arts Foundation Baden-Württemberg (2014), the Berlin Art Prize for Music from the Academy of Arts, and a composition grant from the Austrian Chancellery (2017). He organises private concerts of contemporary music and is a member of the composer’s association “die andere saite”. Nassif has been exploring microtonality since 2005. His most recent pieces are strongly characterised by spoken voices, instrumental multiphonics and just intonation.