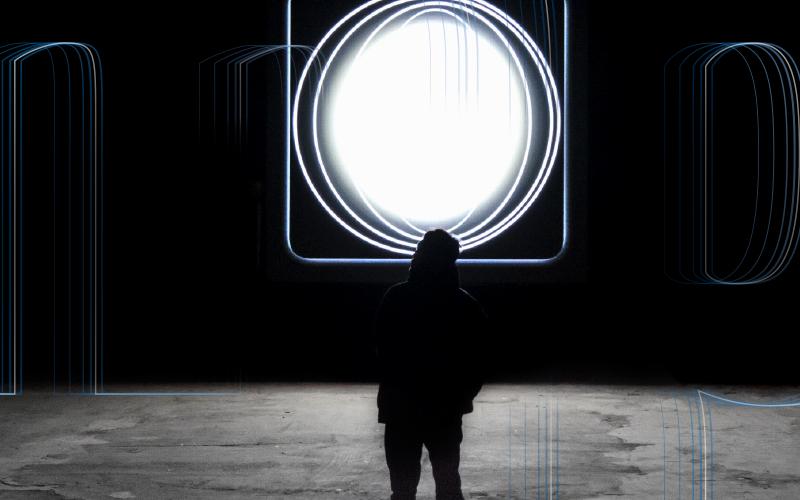 The history of contemporary and experimental music has brought forth many visionaries. Some of them have appeared in Graz over the course of fifty years of musikprotokoll. What they all have in common is the fact that they did not content themselves with the status quo of their genre or working with nuances — instead they worked on their “Utopian Fronts.” Utopia touched reality in those moments in which it found the freedom to test alternative possibilities. The goals included a change in perception, a new use of sound in everyday life, the use and abuse of current technology, and even to devise a music that sought to change the reality of the non-musical world too and to get involved. Some of these concepts were put into practice, becoming part of the cultural heritage of our musical history, while others remained a utopia — a utopia of sound. The range of themes in musikprotokoll 2018 is wide, comprising such works as The Magma, a 360-degree video installation; SOL, a sound and light work in the dark that challenges our perception; or Stellations, in which a 3D loudspeaker meets a double bass player. Also on the bill are the ORF Vienna Radio Symphony Orchestra & Klangforum Wien, who are performing a concert grandiose; the Austrian premiere of duo Fred Frith & Bérangère Maximin; and the musician Gosheven, who continues to evolve the extended guitar tradition. Tomoko Sauvage presents minimalist Japanese sound; Konus Quartett & Martin Brandlmayr, in contrast, present the sound of a Swiss saxophone quartet, while Kathy Hinde & Daniel Skoglund experiment with animal-like robots. Furthermore, 200 students from Styrian schools set out in search of current sounds; the Talea Ensemble performs a premiere of Georg Friedrich Haas; the ensemble zeitfluss explore the lucid music of Joanna Wozny. Last but not least among the performers is the ensemble airborne extended and the Graz-based recreation Orchester, who join Christian von Borries to reinvent Austrian musical cultural heritage with the aid of artificial intelligence. A night with the trio The Dwarfs of East Agouza and ZULI from Cairo, a concert with sound and media artist Jacqueline George, and discussions and workshops also feature in the program, along with no end of radio.

We present the complete program in early July 2018.

Stay updated with out newsletter -> to the Newsletter abo