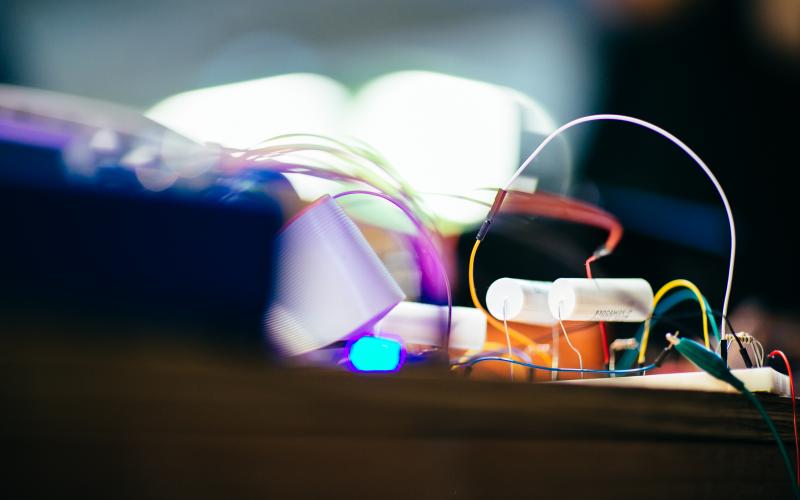 AVL Cultural Foundation and musikprotokoll would like to warmly invite you to the “Crystal Sounds Lab“, on Friday 6th October at 2pm at Helmut List Halle.

The “Crystal Sounds Lab” builds a bridge between art, technology and science in innovative projects and cooperation. New York artist Andy Cavatorta and Munich musician and producer Tom Huber probe the fascinating contrast between analogue and digital spheres, exploring this sphere with the aid of an innovative musical instrument. Quartz-like gallium phosphate crystals cultivated by AVL in a world-first process as the result of a long-term interdisciplinary research project serve as the source of sound for the heterodyne instrument. In the course of “Crystal Sounds Lab”, the audience gets an insight into the genesis and further development of this experimental musical instrument and also has the opportunity to get actively involved in the development process.

Production AVL Cultural Foundation
In Cooperation with musikprotokoll and with SHAPE – Sound, Heterogeneous Art and Performance in Europe