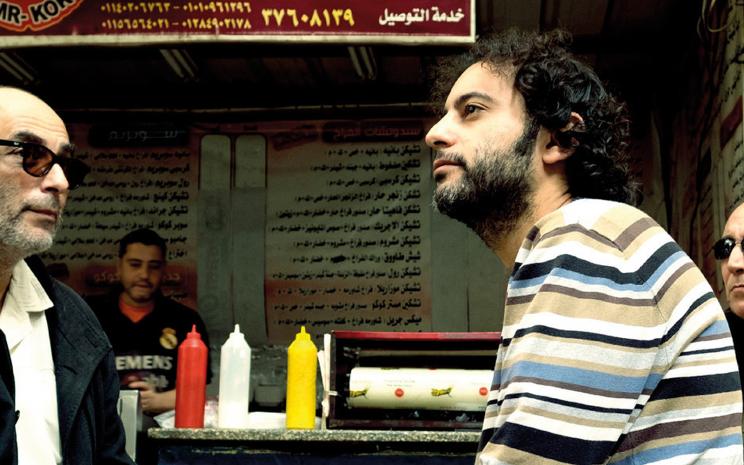 One night in Cairo I & II

The trio The Dwarfs of East Agouza consists of three experienced improvisers and musical soul mates: Maurice Louca (Alif, Lekhfa, Karkhana, among others), Alan Bishop (Sun City Girls, The Invisible Hands, among others), and Sam Shalabi (Shalabi Effect, Land of Kush, Karkhana, among others). The musicians met in Cairo in 2012, when all three were living in the same tenement in the Agouza district. They became friends and met up regularly to jam together. They discovered that while they harmonized extremely well, each of them could also retain his own distinctive personal language of music. Along with being masters of their craft, they also share a penchant for the surreal and a goodly portion of humor. “It’s exciting,” says Sam Shalabi, “because all three of us want to create something new without having any particular direction for the music in mind.” They all contribute their own specific musical interests. As a result, The Dwarfs of East Agouza combine free jazz and krautrock with south-east Asian and Arabian influences, and Egyptian shaabi music. Following up, ZULI, currently one of the most exciting exponents of the experimental electronic club music scene of Cairo, gives us a preview of his first album, soon to come out. ZULI also features at this year’s ORF musikprotokoll with his audiovisual installation The Magma.

The Dwarfs of East Agouza

Go back
Fotos
The Dwarfs of East Agouza