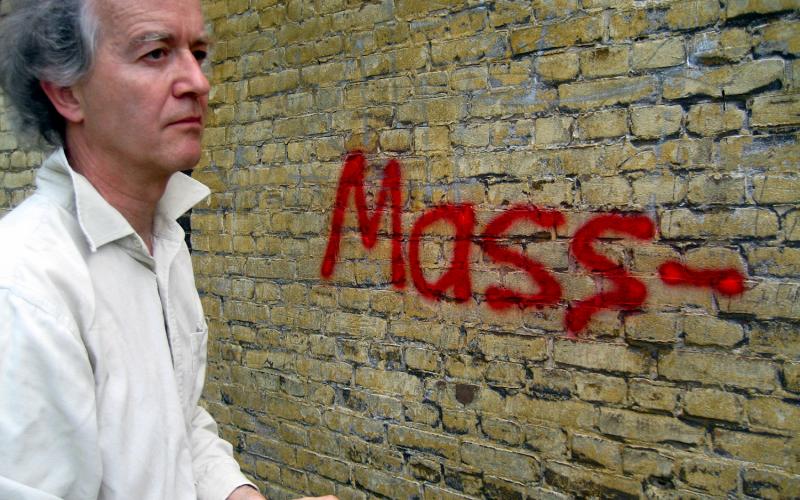 Peter Ablinger, born in Schwanenstadt/AT in 1959, studied graphic design at the Linz Polytechnic from 1974–76 and jazz piano at the University of Music in Graz from 1977–79. From 1979 on he took private lessons in composition from Gösta Neuwirth in Graz, parallel to this he also took lessons from Roman Haubenstock-Ramati in Vienna until 1982. Ablinger has lived in Berlin as a freelance composer since 1982. In 1988 he founded Ensemble Zwischentöne. The exploration of unconventional instruments, venues, performance practices and notational forms are paradigmatic for the Ensemble’s work. Along with his compositional activity he has also initiated and run numerous festivals. Together with Bernhard Lang, Klaus Lang, Nader Mashayekhi and Siegwald Ganglmair he founded the publishing house Zeitvertrieb Wien Berlin. Since 2012 he has been a research professor at the University of Huddersfield.