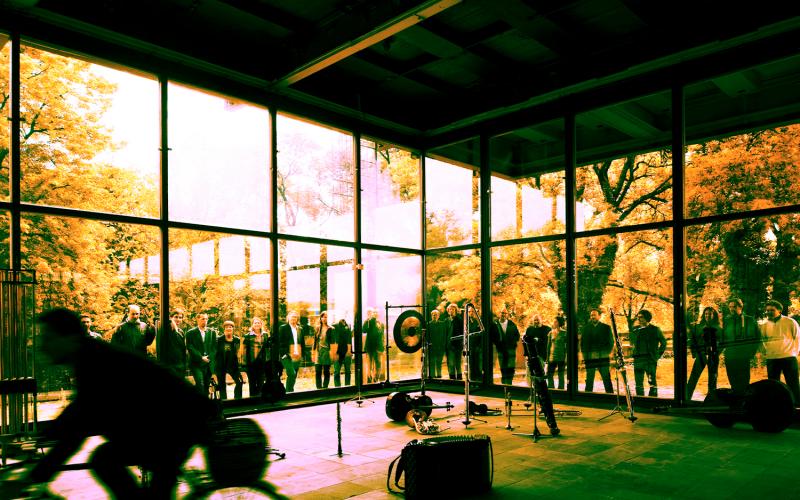 24 musicians from ten different countries represent an artistic idea and a personal approach that aims to restore to their art something that seems to have been lost – gradually, almost inadvertently – during the course of the 20th century, which gives their music a place in the present and in the midst of the community for which it was written and for whom it is crying out to be heard. Ever since its first concert, which the ensemble played under its erstwhile name “Societé de l’Art Acoustique” under the baton of its founder Beat Furrer at the Palais Liechtenstein, Klangforum Wien has written musical history. The ensemble has premiered roughly 500 new pieces by composers from three continents, giving a voice to the notes for the first time. And from 2009, owing to a teaching assignment at the University of Performing Arts Graz, Klangforum Wien as a whole could style itself “professor”.