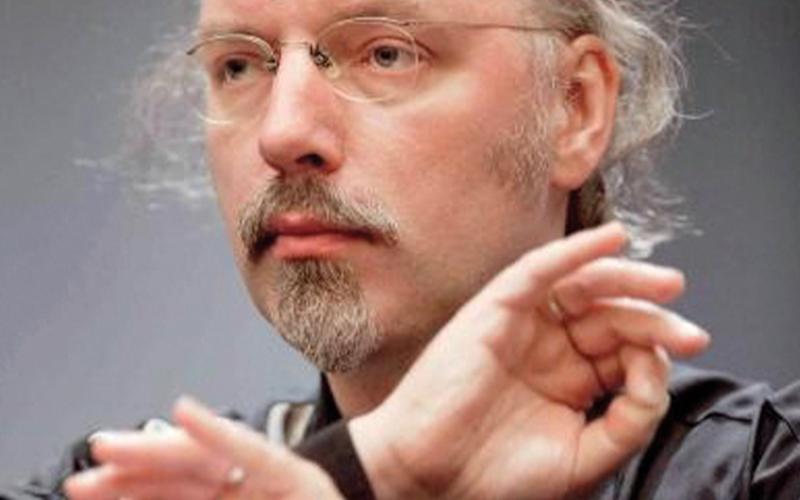 The composer and conductor Johannes Kalitzke was born in Cologne in 1959, where he studied piano, conducting, composition, as well as sacral music at the Cologne Musikhochschule. A scholarship awarded by the Studienstiftung des Deutschen Volkes made it possible for him to study at the research institute IRCAM in Paris with Vinko Globokar and at the same time in Cologne with Hans Ulrich Humpert (electronic music). In 1984 his first conducting job led Johannes Kalitzke to the Musiktheater im Revier, Gelsenkirchen, where he continued to serve as the principal conductor between 1988 and 1990. He also became the director of the Forum for New Music in 1986, succeeding Carla Henius. In 1991 he became the artistic director and conductor of the regional ensemble Musikfabrik in Nordrhein-Westfalen. Since 2015 he is professor for conducting at the Universität Mozarteum Salzburg. He has been a member of the Berlin Academy of the Arts since 2009 and since 2015 he is a member of the Bayerische Akademie der Schönen Künste, München.