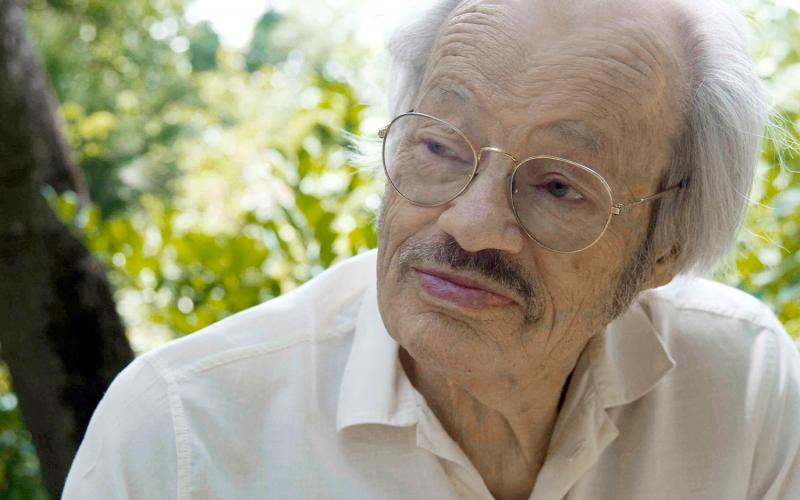 Friedrich Cerha was born in Vienna in 1926 where he lives and works as a composer and conductor. He studied violin, composition and musical education at the Vienna Academy of Music as well as musicology, philosophy and German philology at the Vienna University. In 1958 he and Kurt Schwertsik founded the Vienna-based ensemble die reihe, thus creating an important instrument for spreading contemporary music in Austria. His affinity with the works of the Second Viennese School culminated in his completion of Berg’s opera Lulu, i.e. writing the instrumentation of the third act and filling gaps in the score (premiered by Pierre Boulez in Paris in 1979). Cerha was professor of composition, notation and interpretation of new music at the Vienna University of Music and Performing Arts. His students include Georg Friedrich Haas and Karlheinz Essl. He was honoured with the 2012 Ernst von Siemens Music Prize.