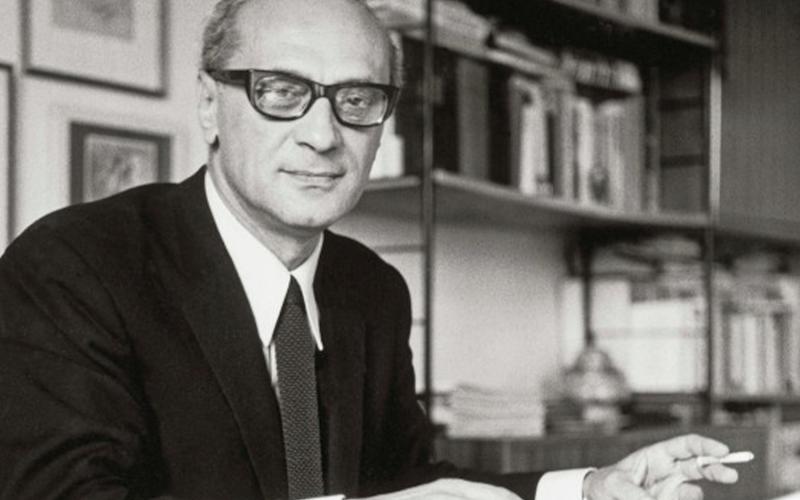 Roman Haubenstock-Ramati was born in Kraków in 1919 and died in Vienna in 1994. He studied musicology, philosophy and composition with Artur Malawski and later took classes with Józef Koffler in Lviv. He was head at the music department of Radio Kraków from 1947 to 1950 and the director of the Central Music Library and professor at the Academy of Music in Tel Aviv from 1950 to 1956. After returning to Europe in 1957 he worked at the Studio de Musique Concrète in Paris, where he was particularly inspired by Olivier Messiaen. He relocated to Vienna and became music editor and musical consultant of Universal Edition. Visiting professorships took him to Buenos Aires, Stockholm and the Yale University. In 1973 he was appointed Professor of Composition at the Vienna Academy of Music where he taught until 1989. Apart from his compositional work Haubenstock-Ramati devoted himself to developing new forms of notation and graphic scores. He was awarded the Grand Austrian State Prize.