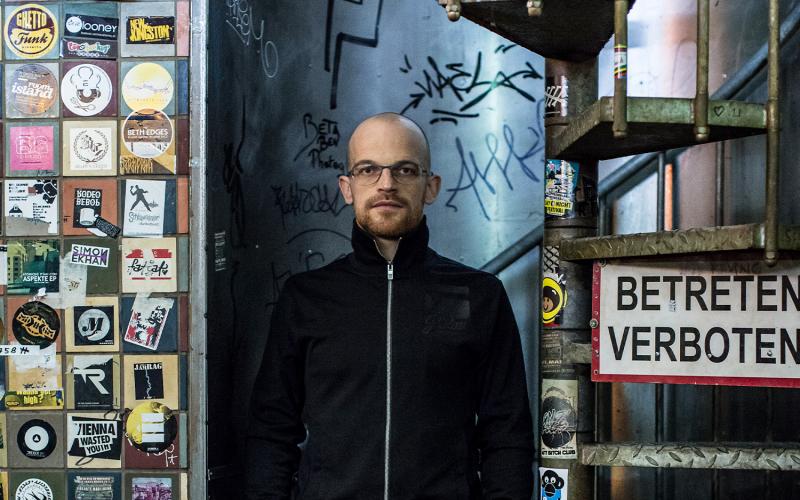 Ulrich Troyer lives and works as a freelance musician, sound designer, artist and DJ in Vienna. Born in Innsbruck in 1973, Troyer started playing classical guitar at an early age and studied architecture in Vienna. His artistic approach is influenced strongly by the interaction between architecture, music and fine arts. His radio play Sehen mit Ohren (Seeing with Ears), for instance, is an acoustic study of the spatial perception of blind people. The acoustic space and the reverberation of sound events are a central theme in his work. Troyer’s commitment to dub production methods offers the perfect playground for his sonic experiments. His interest in sound system music (bass, dub, techno and their abstractions) led to the trilogy Songs for William (2013). The project combines music, hand-drawn visuals for the live performance, and a graphic novel that tells the story of a guitar effects pedal named William.