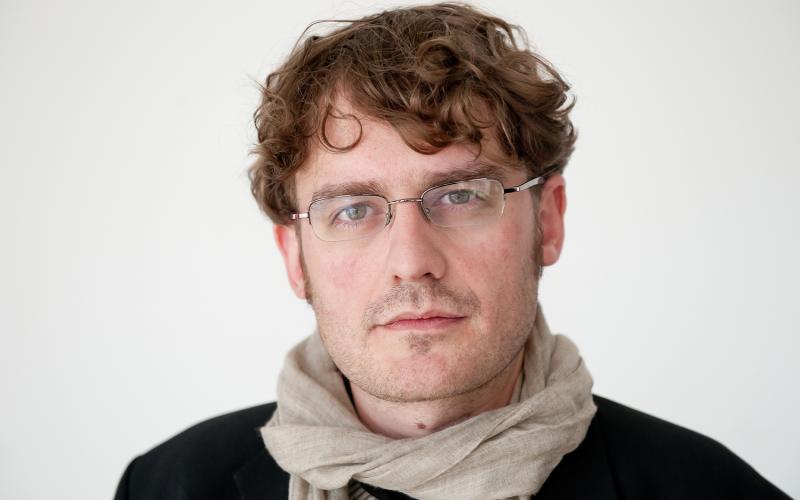 Born in Marcq-en-Barœul (Northern France) in 1980, Aurélien Dumont has master’s degrees in art therapy (Medical Faculty, University of Tours) and musicology (University of Lille). He also studied electronic music at the Cologne University of Music and Dance and composition with Gerard Pesson at the Paris Conservatory where he earned his master’s degree with the short version of his music-theatre piece Himitsu no neya, which later in 2012 was awarded the Salabert Prize. Greatly interested in music technology and research, he took part in the Cursus programmes for composition and computer music at IRCAM. The beginning of his compositional career is marked by some prestigious commissions: by the French Ministry of Culture, Radio France, the Ars Musica Festival in Belgium (as “the composer to discover” in 2012), Takefu International Music Festival in Japan, La Péniche Opéra, Maison du film court in Paris, etc. His works have been performed at festivals such as Ars Musica in Brussels (2012), Musica Strasbourg (2012), Milano Musica (2012), Ultraschall in Berlin (2013). In 2011 his music-theatre piece Grands Défilés was premiered at the Lille Opera. At the moment he is working on his next opera, Chantier Woyzeck, a reconstruction of Büchner’s fragments in a contemporary political and social setting.