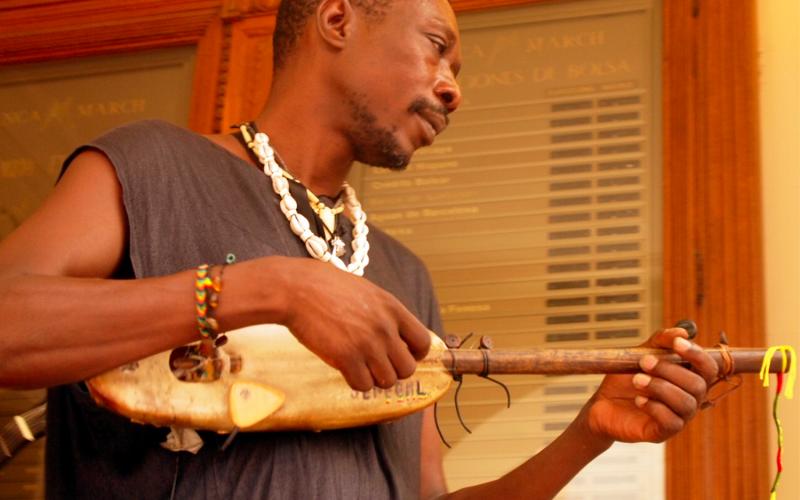 Omar Niang is a singer and musician of Senegalese origin. “In my youth I worked hard and finally managed to save up enough money to go to Europe, where I could from then on live my dream of being a musician.” Born in Koul (Senegal) in 1958, he started singing and playing percussion at the age of six and came to Spain in 1985. After performing his first concert, which was part of a pop-rock contest organised by the City of Palma de Mallorca in 1987, Niang was offered a contract with the National Radio of Spain and released his first three CDs. Over the following years Niang has worked and played with several groups: Código de Barras, made up of Majorcan and Argentine musicians, Khaware Jazz Band, with whom Niang recorded his first solo album, and since 1998 with his present band Wakoul Diop.