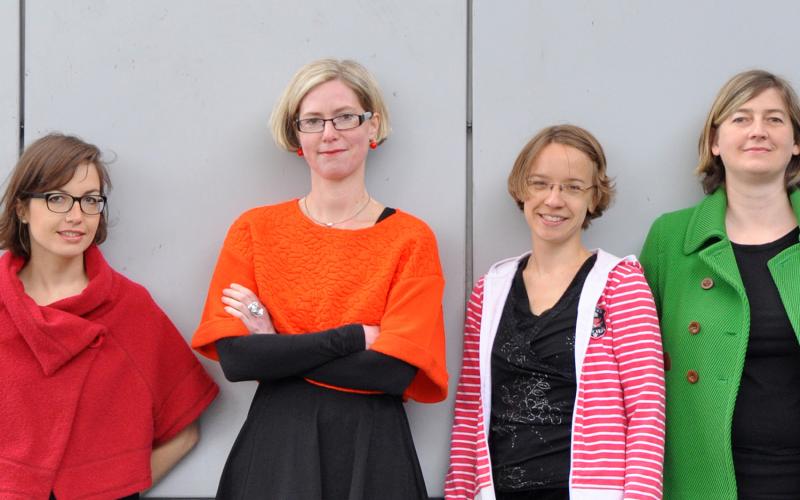 The ensemble airborne extended is a female Quartett playing contemporary music with/without electronics with the exotic instruments harp, harpsichord/keyboard, flutes, recorders/Paetzoldflutes. Being part of the Austrian NASOM-program 2018/19 and of an IGNM-project, the ensemble is supported to perform throughout Europe, Asia and America in the following years. Airborne extended was founded 2013 as an enlargement of the ensemble airborne – in order to play repertory which had been written already in 1992 for the Italian Ensemble Alter Ego. So far, there have been written many new works for airborne extended, e.g. by Hannes Kerschbaumer, Bernhard Lang, Tomasz Skweres, Joanna Wozny, Wolfgang Mitterer, Matthias Kranebitter, Elisabeth Harnik, Margareta Ferek-Petric, Elisabeth Schimana, Ming Wang, and Mehmet Uzunselvi.