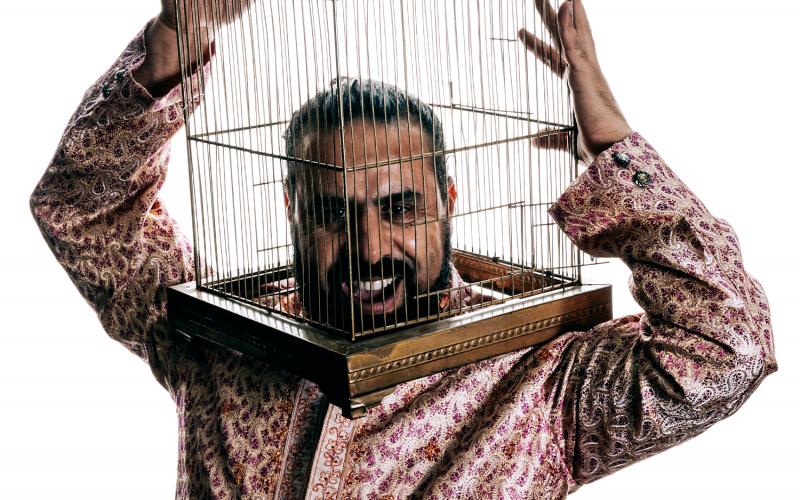 Born in 1960, Mounir Troudi is a jazz musician and Sufi singer from Tunisia. He is considered nowadays as the first and foremost ambassador of Tunisia’s rich musical heritage. Troudi grew up in El Kef, and received a diploma in Arab music in 1998. He made his debut in 1994 in the renowned playwright Hadhra by Fadhel Jaziri, and subsequently contributed to Samir Aguerbi and Bechir Drissi’s show Safaa. In the early 2000s he formed the ensemble Nagouz, consisting of 42 musicians from Tunisia and the rest of the world, including French trumpet player Erik Truffaz, with whom Troudi has recorded several albums. Nagouz was presented at the Carthage Festival in 2014, among others.