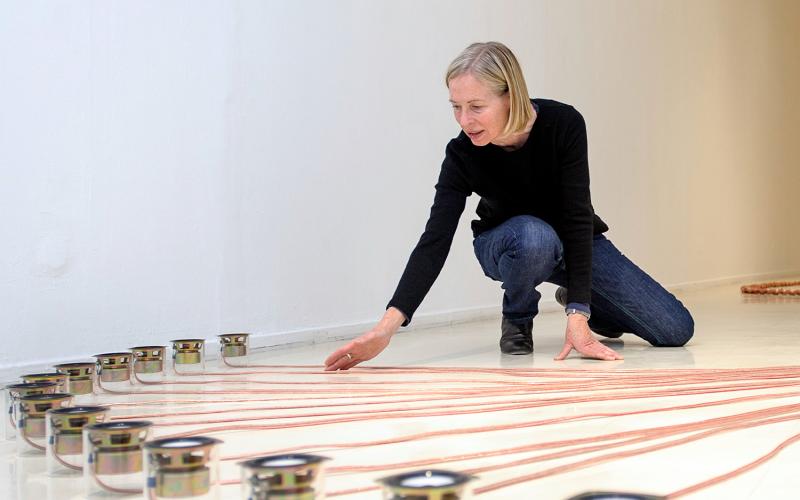 Christina Kubisch (*1948, DE) belongs to the first generation of sound artists and works in the intersection of visual arts, media and music. Trained as a composer, she has adapted such techniques as magnetic induction to realize her sound installations and compositions. She has taught as a professor for audiovisual arts in Paris, Berlin, Saarbrücken and Oxford, has been a member of the Berlin Academy of Arts since 1997 and over the past few years has begun to perform live again.  Christina Kubisch’s work displays an artistic development which is often described as a “synthesis of arts” – the discovery of acoustic space and the dimension of time in the visual arts on the one hand, and a redefinition of relationships between material and form in music on the other.