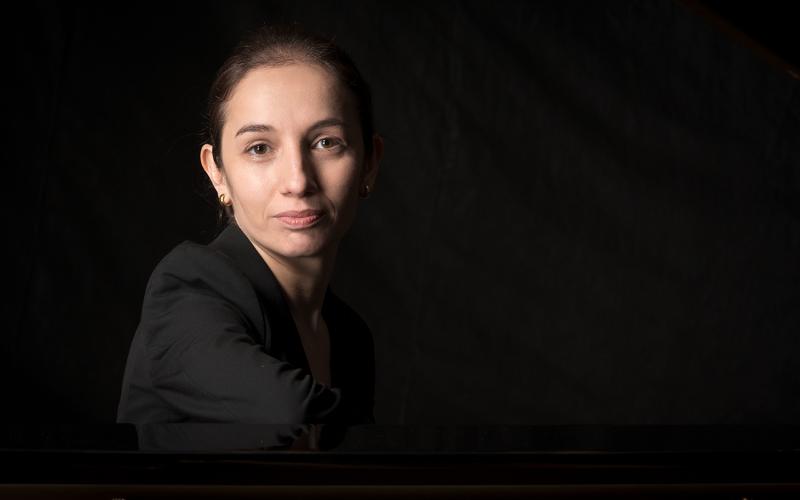 Tamara Chitadze was born in Tbilisi, made her first appearance with orchester at the age of 11 and studied piano in Georgia as well as chamber music. She continued her studies in Switzerland. The sought-after pianist performs actively in concerts and festivals in Switzerland, Germany, France, Spain, Russia, Georgia and the Czech Republic. She is involved in numerous live recordings and premieres on the radio. Chitadze plays piano, clarinet and cello in tight duo chamber music formations. Since 2010, the musician has been a lecturer at the Bern University of the Arts and has been working there as a piano accompanist.