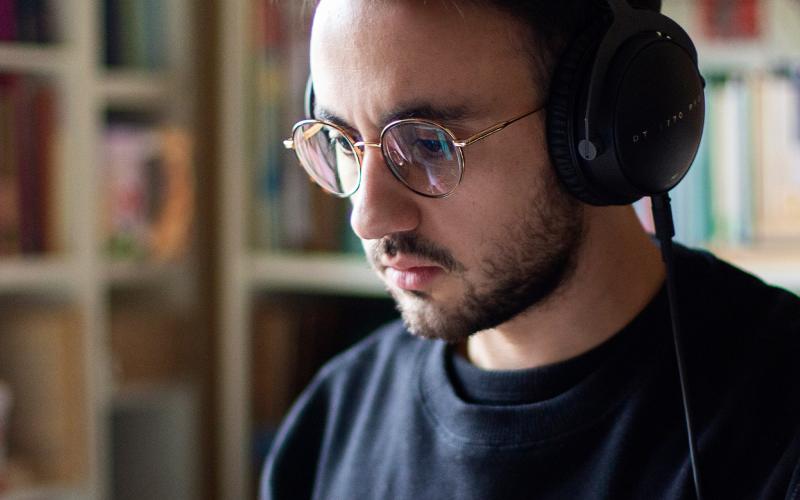 Korin Rizzo was born in Benevento, Italy, in 1992. In 2012 he began his studies in music teaching at the Conservatorio Statale Nicola Sala, where after two years he enrolled in the three-year course of electroacoustic composition. In 2015 due to the Erasmus programme he moved to Graz, where he won a contract for two years in the Jazz Studio of Kunstuniversität Graz. In 2018 he began studying Computer Music at the IEM where he is currently enrolled.