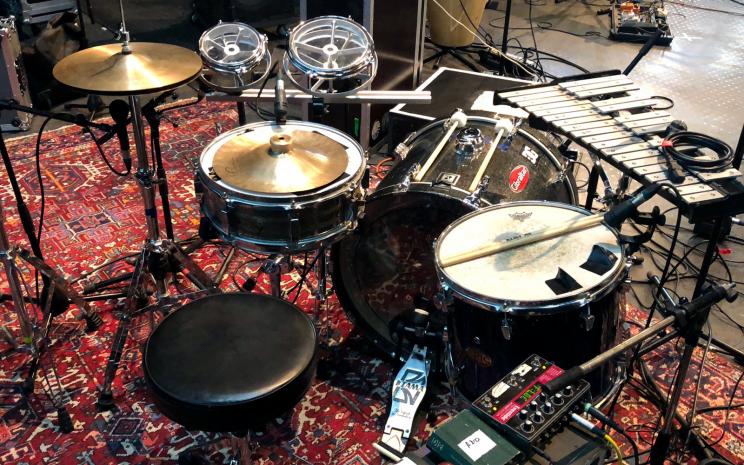 For the duo project Sulla Pelle by Valentina Magaletti and Julian Sartorius, two drummers and percussionists have joined forces who both have a great passion for sound research and take great joy in experimenting and constantly expanding the tonal palettes of their instruments. Both Valentina Magaletti and Julian Sartorius are trained jazz musicians. One of Magaletti’s early influences was her drum teacher, Agostino Marangolo, drummer for the Italian progressive rock band Goblin. Julian Sartorius, on the other hand, grew up with electronic music; he studied and transcribed its rhythms in order to ultimately translate some of its elements into acoustic works.

Both musicians work with preparations and with a wide variety of found and self-created sound objects. Magaletti employs kitchen sieves and pan lids, for example; Sartorius plays, among other things, on individual pieces of a disassembled xylophone. In Sulla Pelle, the two artists enter into an intense, multilingual musical dialog.

In cooperation with SHAPE – Sound, Heterogeneous Art and Performance in Europe. Supported by the Creative Europe program of the European Union. Valentina Magaletti is a SHAPE Artist 2021.