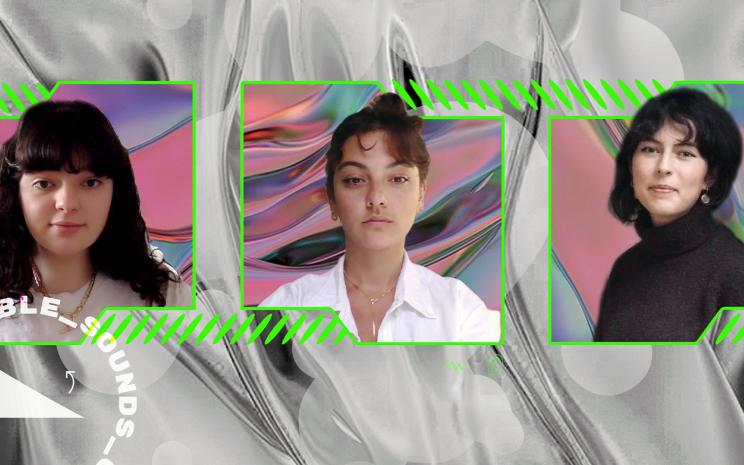 The Foldable Sounds Collective is composed of the three young artists Daniela Maria Geraci (IT/UK), Lucy Rose Cunningham (UK), and Isabelle Pead (UK). The collective was founded during lockdown in April 2020 after the massive eruption of calls and video conferences on every possible online platform. For their project Foldable Sounds, the group refers back to the exquisite corpse drawing game invented by the Surrealists, which was created for the purpose of allowing chance to play a greater role in the generation of texts and drawings.

The sound collective invites people from all over the world to send in recordings from their own quarantine locations. The sounds are layered, edited, and folded into one another to form a collective audio track. So far, four albums have been produced from 106 contributions. The profits from the sales are donated to charity. For the musikprotokoll and Ö1 Kunstradio the collective has created a new radio track, newly folded together from previously collected contributions.

This radio piece was commissioned by ORF Kunstradio and ORF musikprotokoll. In cooperation with SHAPE – Sound, Heterogeneous Art and Performance in Europe. Supported by the Creative Europe program of the European Union. Foldable Sound System are SHAPE Artists 2021.