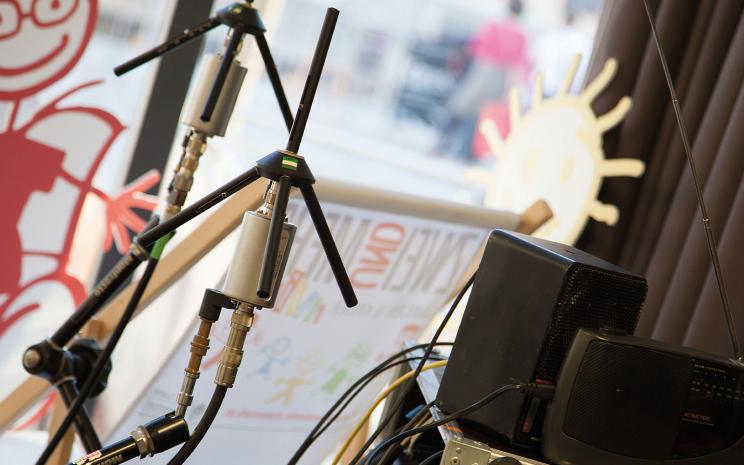 From the very beginning, the musikprotokoll was conceptualized as a media festival whose largest “event location” would be and is the radio. The events and concerts of this 54th edition of the festival will be broadcast on approximately thirty music programs on Österreich 1 (Ö1). Especially through the Zeit-Ton series, the musikprotokoll 2021 will be available to listeners all over Austria and beyond. After the broadcast dates, recordings of the events will be accessible online for seven days.

One particular highlight of these broadcasts is the Ö1 Klassik-Treffpunkt, which will be broadcast live from Graz on 9 October beginning at 10:05. Our guests in the studio will be Andrea Sodomka and Georg Schulz, president of the University of Music and Performing Arts Graz, which has been a cooperating partner of the musikprotokoll for many years.

A full program schedule is available at musikprotokoll.orf.at/programm/sendungen/2021.