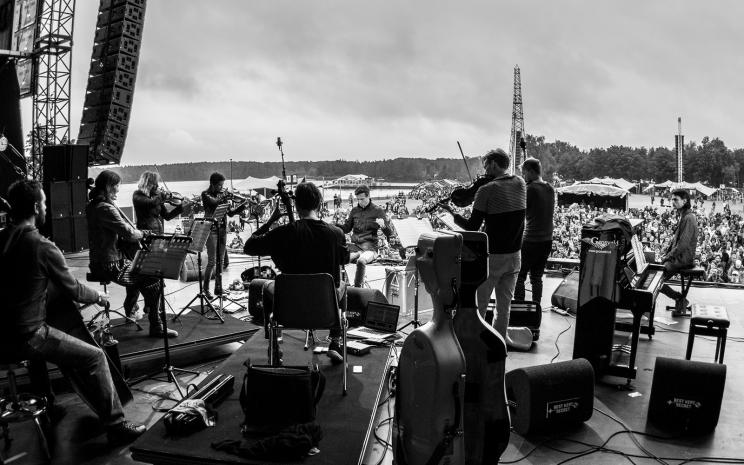 Radiohead, Steve Reich, Terry Riley, Giacinto Scelsi, Goldfrapp, and Vivienne Westwood are just a few of the artists with whom the London Contemporary Orchestra (LCO) has collaborated. The orchestra seems to strike a very natural balance between progressive pop music and contemporary electronic music. In parallel, it incorporates film music from Hollywood productions and experimental cinema as well as supporting contemporary music by young composers of every type. The LCO presents an excellent example of how a 21st-century orchestra can work without anxiety or focus on genres – always right in the midst of the in between.

Collaborations with artists form a starting point for unusual works, in which the LCO participates using its own instrumental articulations or electronics. Robert Ames, one of the orchestra’s founders, would like to see the orchestra itself become a hybrid instrument that unites acoustically and electronically produced sounds. In cooperation with CHAINES and Edmund Finnis, the group gives a spectacular demonstration of how this can be done in Graz.

Unfortunately, due to illness, the works of Edmund Finnis cannot be performed by the LCO.