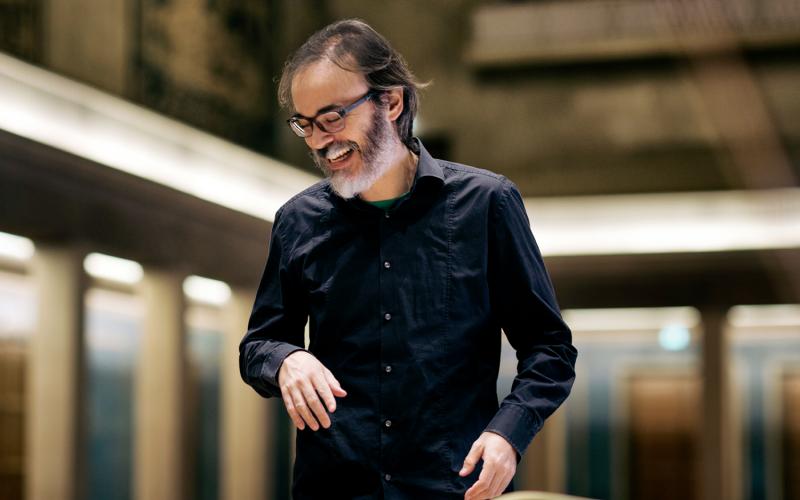 Born in Israel in 1976, Ilan Volkov began his conducting career at the age of nineteen. In 2003 he was appointed Principal Conductor of the BBC Scottish Symphony Orchestra and subsequently became its Principal Guest Conductor in 2009. Between 2011 and 2014, he was appointed Music Director and Principal Conductor of the Iceland Symphony Orchestra. Equally interested in opera, he has conducted works by Tchaikovsky, Britten, Weill, Bartók and others. A frequent guest with leading orchestras worldwide, Ilan Volkov works regularly with a wide range of repertoire and ensembles, and appears in many Festivals of the world. Ilan Volkov created the Tectonics Festival whose programming, reflecting Volkov’s omnivorous interests in experimental, free improvisation, electronica, folk, world music and new hip-hop, has now been presented 21 times with regular festivals around the world.